Okay before we enter into the subject of this post, let me give a little bit of advice. Make your job your friend. In doing so you will be learning even in leisure. That’s it! I drop my mic, now pick up your pens.

20 Best Movies and Documentaries About Farming

At any price was written, directed, and produced by Ramin Bahrani. It was released on 30th August 2012, although it entered the U.S screens on April 24, 2013. At any cost is the most rated among the 20 best movies and documentaries about Farming.

At any price was all about the selfishness of farmers, the Fear of living your parent’s life, and the secrets in the farming business. Compared to other movies on farming it is rated more than average by many top websites even Rotten Tomatoes and New York Times.

Unlike many movies on agriculture, this particular movie was an eye opener to the evil of selling fake genetically modified seeds. Although running for only 104 minutes, At any price made a box office of $487,455.

2. Places in the Heart

Places in the Heart is an American movie written and directed by Robert Benton and released in September 1984. This movie is one of the pioneer movies on agriculture.

Most people who watched this film were either carried away by the action, forgiveness, kindness, and championship during the county competition that they forget that cotton production deflation is also the message of the movie.

This movie was a success even though it was filmed in the mid-80s it’s still modern to watch. It also opens out eyes that good comes in disguise sometimes just like Moze and the key to agricultural business success is proper education. Therefore making it number two on the 20 best movies and documentaries about farming.

4. The Real dirt on Farmer John

The Real Dirt on Farmer John is an award-winning documentary produced by Taggart Siegel and is one of the 20 best movies and documentaries about farming. The story was about the life of John Peterson.

It was an eye opener to the ripple effects of commodity depression and shows us the benefit of organic agriculture. Yeah! It’s an award-winning documentary as it has won 31 awards in film festivals.

Food Inc. Is an American documentary that blessed our screens in 2008. It was produced by Robert Kenner and Elise Pearlstein, Food Inc analysis the modern food production industry. It exposes the ill secrets behind food production in America, thereby offering a greater opportunity for local fresh food farmers to be patronized.

Food Inc was a blast as some food production companies liquidated due to it and some stepped up in making their foods more healthy and pushing the government to be more food conscious. It has been nominated for many awards even Academy Award for Best Documentary at the 82nd Academy awards.

So I believe Food inc has earned a spot on our list of 20 best movies and documentaries about Farming.

Released in 1984, The River is a farming-based movie that shows us the challenges farmers go through due to climate change. In this case, it was flooding. Starring Sissy Spacek, Mel Gibson, and Scott Glenn, The River made a large box office of $11.5 million, thereby giving it a place on our list of the 20 best movies and documentaries on farming.

The Egg and I is an all-time legendary movie based on a book written by Betty MacDonald bearing the same title. It is an American romantic comedy movie produced in 1947. This movie was about a couple who were interested in Poultry farming, chased after their dreams, and also overcame some financial and marital issues.

Although having a simple but interesting storyline, The Egg and I, had a box office of $5.5 million. Now tell me why The Egg and I won’t be on this list of 20 best movies and documentaries about farming.

Honeyland was a kind documentary as it was centered on Beekeeping and honey production. Honeyland is a Macedonian documentary based on the life of Hatidže Muratova, a loner beekeeper of wild bees who stays in the tiny mountain village of Bekirlija and follows her lifestyle. Produced in 2019 by Atanas Georgiev.

Honeyland opened farmers to climate change, biodiversity loss, and wealth hidden in the wild. Beyond this, it also exposes us to the socio-economic relationship and how farming unites people.

Honeyland is the first documentary to be nominated in both categories in the history of the Oscars. That’s wise I saw it wise to add it to our list of 20 best movies and documentaries about farming.

Produced by Matrix Farm on Youtube is a documentary titled Japan Peanut Growing and Harvesting. It was streamed on April 13, 2020, and as of now, it has 23 million views on YouTube.

This documentary is voiceless but it screams loud about the effectiveness of machines in the farming of Peanuts. It was an eye opener as some thought that farming Peanuts are easy. There it has earned a spot on our list of the 20 best movies and documentaries about farming.

With over 3.2 million views on youtube barely a year ago. Modern Pig Farming Technology is a 10 minutes documentary produced by Matrix farm.

It doesn’t have a voicing or an audio narrator, but it emphasizes that technology and pig production can bring about greater yield.

This documentary encouraged clean meat production (food hygiene), large-scale pig farming, and the ease of technology if used in the right way in agriculture.

Now on our list of 20 movies and documentaries about farming, we have Forks Over Knives. Produced by John Corry and Brian Wendel and released to the public on the 6th of May 2011.

Forks over Knives is all about a physician and a nutritional biochemist both from America who advocates eating plant-based whole food will help solve many health issues like cancer, cardiovascular issues, diabetes, and even obesity. Thereby discouraging animal food and processed food consumption.

Forks over knives is a revolutionary documentary although it ran for only 96 minutes, it has made a lot of ripple effects as many doctors adopted a lot of knowledge from this documentary. The review of this documentary was very good as even Rotten Tomatoes and Metacritic gave it an average score of 58%.

The issue why I didn’t make a B was because the analysis was one-sided and too Vegan discouraging any dairy product consumption instead of advocating balance.

Starring Ian Cheney and Curt Ellis, King Corn is a successful documentary. It was produced in 2007 by Aaron Woolf. This documentary is all about two friends who change areas to grow corn on a large scale.

Coincidentally, the journey also brings them back to where both of their families have roots. In the process, Cheney and Ellis investigate the trend of increased corn production and its impacts on American society, bringing out the role of government subsidies in boosting the large quantity of corn grown.

When Cheney and Ellis showed the film in Greene, Iowa, it earned great acceptance. As it also tackled corn syrup health issues. According to Rotten Tomatoes, 96% of critics rated it “fresh.

Produced in 2014 Farmland is a documentary about agriculture. Taking the format of storytelling, six young farmers tell the viewers about their experiences in modern ranching agriculture.

Its producer James Moll had in mind to bridge farmers and consumers and help them connect. This documentary also tried to throw light on some farming issues like; genetically modified crops, the use of antibiotics, and farm animal treatment techniques.

It was successful production although its association with US Farmers and Ranchers Alliance rose some tension among critics and many complained about the lengthy advertisements.

The Biggest Little Farm is an inspiring documentary about Farming released in 2018. Here John and Molly Chester shows us the possibility of turning arid lands into farming land. It wasn’t a piece of cake, from 2010 when they made this decision they maybe thought that it will be easy but they passed through some failures and even emotional challenges due to frustration.

The reception of this documentary was fascinating as even Roten Tomatoes rated it fresh as it got a 91% acceptance. So it won’t be wrong to include it on our list of the 20 best movies and documentaries about Farming.

The overview of The Future of Food is Genetically modified foods and their dangers. Its writer and director Deborah Koons Gracias used this documentary to call out the wrongs of Monsanto Company and predict the possibility of the end of some pure gene crops that have been engineered if there is any infestation particular to the engineered gene.

Financially The future of Food was quite a loss to its producer as its Gross was $81250 (in 2005) although it was produced with $750,000. Nevertheless, it was and still is one of the most educative documentaries out there.

Hey there! Do you sometimes ask yourself where your food comes from? Before the plate is a documentary where an inquisitive chef John Horne follows up with the farmers who produced the ingredients he cooks before he moves to prepare the dishes.

produced in 2017, Well Fed is a documentary about two sojourners who live in their homes in the Netherlands and then go to England to study Genetic engineering in agriculture and bring to light the hidden truth. Therefore it’s right if we give it a space on our list of 20 movies and documentaries about Farming.

Rams is an Icelandic movie screened in 2015. The movie was centered on two brothers who have siblings’ tension and how they tackle government issues as they rear their sheep. This movie tried by showing man that he has to do all he can to save livestock breeds that are threatened with extinction

Hybrid is a documentary about a farmer Milford Beeghly. This documentary tells the tale of an Iowa farmer who was one of the first developers of the hybrid seed corn and it deals with his fascination with genetically engineered crops. So this will wrap up our list of the 20 best movies and documentaries about agriculture.

Movies have evolved in decades beyond romance and comedy alone but into Agriculture. Through this article, we have listed and briefly explained so that you read will make the right choices of movies to watch about farming. 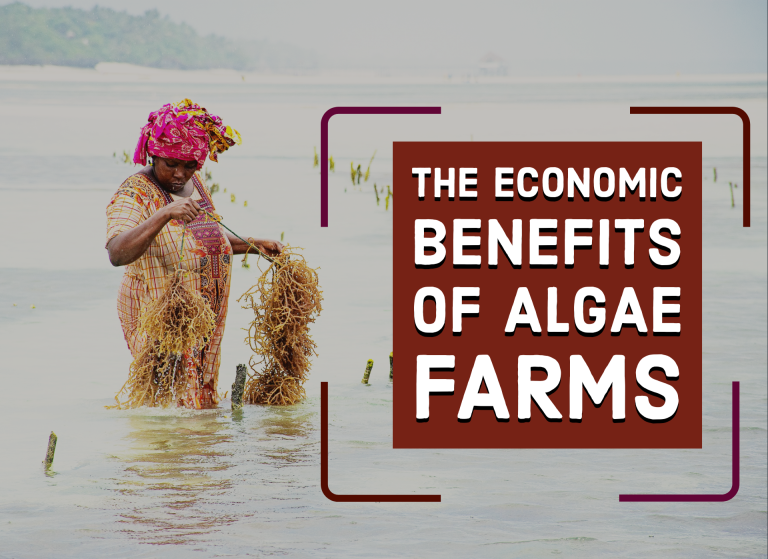 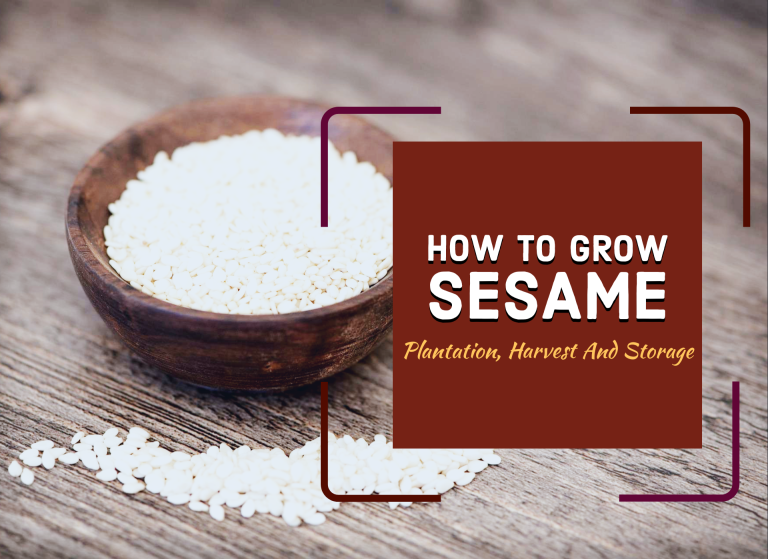