Pig farming is a lucrative agricultural business and there are different types of pig breeds for pig farming. In starting a pig farm, there are many factors to put to heart especially the type of pig breed.

Pigs are reared for their meat. Pork is the most-consumed animal meat and is the second most delicious meat in the world. China is the highest consumer of pork in the world with 53 million metric tons in 2012, although Montenegro topped up in 2016.

In this article, we will discuss different types of pig breeds for pig farming and I believe this will be helpful to those who are interested in venturing into pig farming.

The large white pig is also known as Yorkshire is one of the most popular among the different types of pig breeds for pig farming. They are British breeds from the country of Yorkshire, north England.

Large white pigs are easily recognised by their white spotless hair, erect ears and slightly dished faces. Most Yorkshire breeds are mistaken to be white from afar but they are light pink. They also have tails that are curled slightly making them almost whimsical looking.

The Large White is one of the most numerous of all pig breeds, widely used in crossbreeding around the world. Developed to be an outdoor breed, it is used today in giving uniformity to pigs reared for commercial purposes. They are easily trained, innocently curious and naturally neat.

On an average scale, Large white pigs give birth to 8-12 piglets twice a year (within 115 days).

Although all the benefits of a Large White pig, there are some cons you need to be aware of. Large white pigs are potentially destructive, messy eaters, manipulative and can be easily stressed.

There are also other crossbreeds of Yorkshire, they are Scandinavian York, German Yorkshire,

Among the different types of pig breeds for pig farming, the Landrace pig is one of the best commercial pigs.

Landrace pigs are identified by their long body length, while skin, looped ears, and long snouts, lack wrinkles and fats unlike other types of pig breeds in pig farming.

The landrace pig is a hybrid of the native Denmark pig and the Large White pig (Yorkshire). There are various types of Landrace pig breeds as you will see below

Just like Johan Cruyff said and I quote “Every disadvantage has its advantage” Landrace is a wonderful breed of the pig but it has its disadvantages. The disadvantages of the Landrace pig breed are: that they have weakened tanks and wriggles the rear part, and have relatively weak hind limbs.

Third, on this list of different pig breeds for pig farming is the Duroc pig. The Duroc pig is a breed of pig that was developed in the United States of America. The red-coloured Duroc pig was speculated to have originated from the Berkshire pig from Britain which was once reddish brown.

The Duroc pigs of modern times are understood to have emanated from the hybrid breed of Jersey Red and New York’s older Duroc in 1850. Duroc pigs are easily identified by their reddish-brown or gold-yellow skin colour, muscular framework, and medium size and large-framed.

They also have slightly dish-shaped faces. Their eyes are usually small and their vision is poor. Their tails are curly and short. The Duroc mature boar weighs about 400kg and the Sow is about 350kg.

Duroc pigs are one of the least aggressive pig breeds raised for meat.

Duroc pigs are farmed, reared, consumed and even exported by China, Japan, Mexico, Panama and Columbia. Duroc pigs are also reared by most farmers in Nigeria, although most prefer Landrace because of its unbeatable qualities.

Duroc pigs are will be a good choice because they are fast-growing animals, reproduce in large litters, easily reared and highly profitable, can adjust to any weather condition, good as farm companions, and generate large quantities of meat.

Duroc pigs are some issues anyway, they need enough space, they get pigs can get sick, and they are very delicate.

Still, on the list of the different types of pig breeds for pig farming, we have the Poland China breed.

Just like its name sounds like a European-Asian marriage, the Poland China breed is a crossbreed of Chinese and Berkshire. Poland China was the first American breed (in 1816).

Poland China is a large pig, heavy-jowled, lop-eared and short-legged. They are black with a white face and feet and a white tip on the tail; the ears droop. The Poland China boar weighs 290kg and a sow is 240kg.

Pig farmers patronize Poland China breeds because they are prolific breeders as they can produce up to 17 litters of stones. They are gentle, and good feeders producing quality meat. They are used to make ham, sausage, bacon and pork chops. They are intelligent and neat

To my greatest amazement, Poland China pigs have absolutely no disadvantage, maybe Johan Cruyff was wrong this time. The Asians prove language wrong.

The Hampshire pig is a domestic swine breed defined by upright floppy ears, a black body, and a white band around the middle, covering the front legs, medium-sized heads that seem straight up and slim, and a short curly tail. Unique, isn’t it?

The boars can weigh up to 295kg while the sows can get up to 250kg on the scale.

It is understood to have emanated from the English Breed, found in northern England and Scotland.

Hampshire pigs are notable for being well-muscled, and quick growers, and for expressing adequate meat quality when used as meat animals. A sow can carry about 12 -13 piglets during gestation.

Farmers choose Hampshire pigs because they produce lean meat, are easily reared and highly productive, produce large quantities of meat, and produce robust piglets. They are friendly, gentle and considered emotional breeds, so they can be kept as pets too. Hampshire pigs can stay for as long as 12 years.

There are some disadvantages of Hampshire pigs, they require sufficient space, are rare breeds, roam a lot, can get pampered and are also rebellious.

Berkshire pigs also called Kurobuta are one of the different types of pig breeds for pig farming. It is known for its quality pork. Berkshire pigs are wonderful breeds for extensive piggery farming systems. and they also perform well in confinement.

Berkshire pigs emanated from Berkshire in the United Kingdom. They are regarded as one of the first pig breeds in England as they were even popular before the second world war.

Berkshire pigs are identified easily by their black to red colour of skin with white patches on their legs, nose and tails. Berkshire has a long body structure, a fat-rich body and smooth muscles and possesses erect ears. The normal Berkshire boar weighs 280kg and 220kg for a sow.

Many farmers choose to buy Berkshire pigs over others because they are a very intelligent breed, are gentle and good companion animals, are good pets, good foragers, tasty pork producers, are great mothers and are clean breeds.

Asians’ love for pork is study-worthy. The Meishan pig is one of the different pig breeds for pig farming, that will leave you dancing at the end of a farming season. If you are a meat lover, then here you have your breed.

Meishan pigs originated from the Meishan, Jiangsu province of China.  It is a hybrid of the Taihu pig.

Meishan pigs can be easily identified by their large drooping ears, wrinkled face and black skin. On a normal, a 3 years old Meishan pig weighs 136kg to 181kg

Meishan is the breed best known for its large litters of 15-22 piglets.

Meishan pigs do not disturb or attack other animals, their adults do not scream (unless in heat). they sleep for the majority of the day, When it’s the period to feed them, you’ll also have to arouse them up. They are most loved because of their excellent meat flavour and their gentle temperament.

There are a few flaws of this breed which comprise a slow growth rate which is not helpful for farm owners. This breed is not as agile as some other similar breeds. Another difficulty with this breed is its excess fat content.

The Chester White pigs are the last pig breeds for pig farming that we will be discussing.

The Chester White pig is a large commercial pig that originated from Chester County, Pennsylvania, USA. It is a hybrid of the local northern pig of the USA and the Worburn breed.

This Breed has the pinkish-white colouration like the pot belly and Yorkshire breeds, but usually poses larger and grows relatively large. The average weight of a mature cow is almost 227 to 295 kg whereas the average weight of boar is approximately 250 to 363kg.

The Chester White is the most reliable of the white breeds. They eat a lot of standardised food and clean water and actively convert them into quality meat. The Chester White pigs secrete saliva containing a substance called pheromones. This saliva enables them to express their sexual desires. The good breeders.

Chester White has some disadvantages, ranging from the tanning of their skin during winter Seasons to not having sweet glands thereby requiring daily mud baths during this season.

There are different types of pig breeds for pig farming, and we did our best in discussing the eight breeds that will make your business a success. We discussed the most common commercial pigs. Range from likes of Large White pig, Landrace, Duroc, down to Chester White Pig breeds. 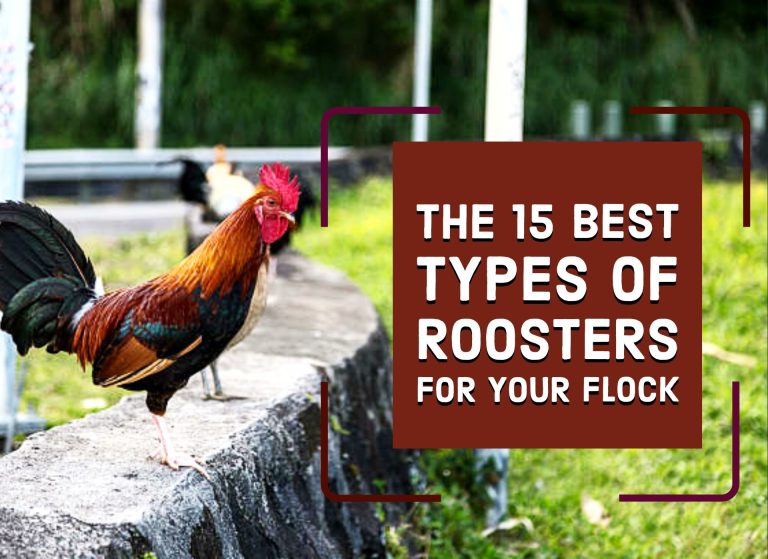 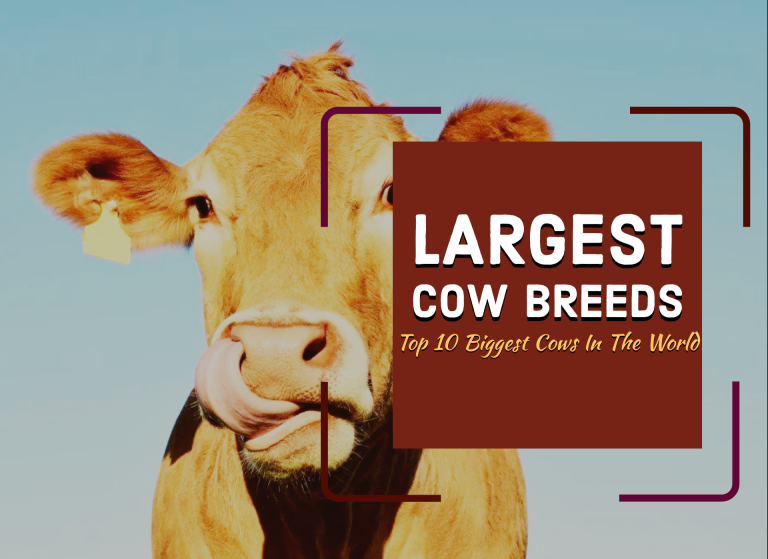